As we jump into the 2020s, our teams are taking a moment to reflect on the past 365 days, and all of the moments we celebrated together in 2019. Our Clickbooth family continued to grow as we hired 35 new teammates, celebrated the births of 11 babies, 3 engagements, and 2 marriages between our offices in Sarasota, Denver, and Banja Luka, Bosnia!

The team kicked off the year with our annual Think Bigger company-wide conference in Sarasota, where we shared our collective victories of 2018 and goals for the upcoming year. Over the summer, we held grand openings for two of our new offices in Denver, CO, and Sarasota, FL.

Each of our three offices has its own local culture. Our Denver, Sarasota, and Bosnia offices participate in different team building and community activities throughout the year ranging from Super Bowl parties and park cleanups, to run club and a chili cook-off. Check out some of our favorite highlights of 2019! 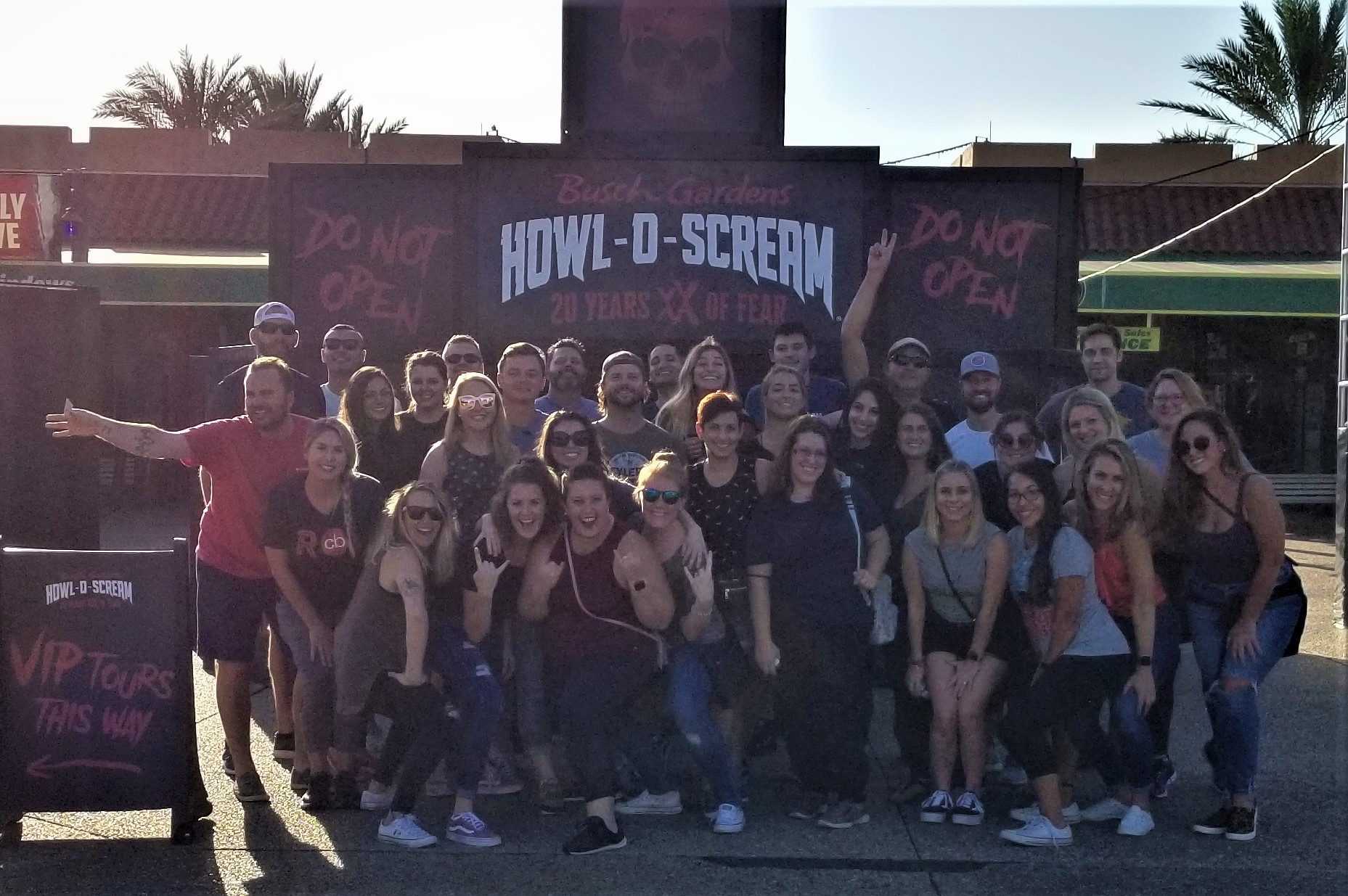 In October, our Florida team boarded a charter bus and headed to Busch Gardens in Tampa for the 20th anniversary of Howl-O-Scream. We had a blast riding roller coasters and snapping selfies with zombies!

Leading up to the holidays, the team got into the giving spirit as we swapped gifts around the Christmas tree during our annual White Elephant present exchange, and voted on the ugliest sweater during our Ugly Sweater Party. There were plenty of treats, lots of laughs, and several “stolen” presents. 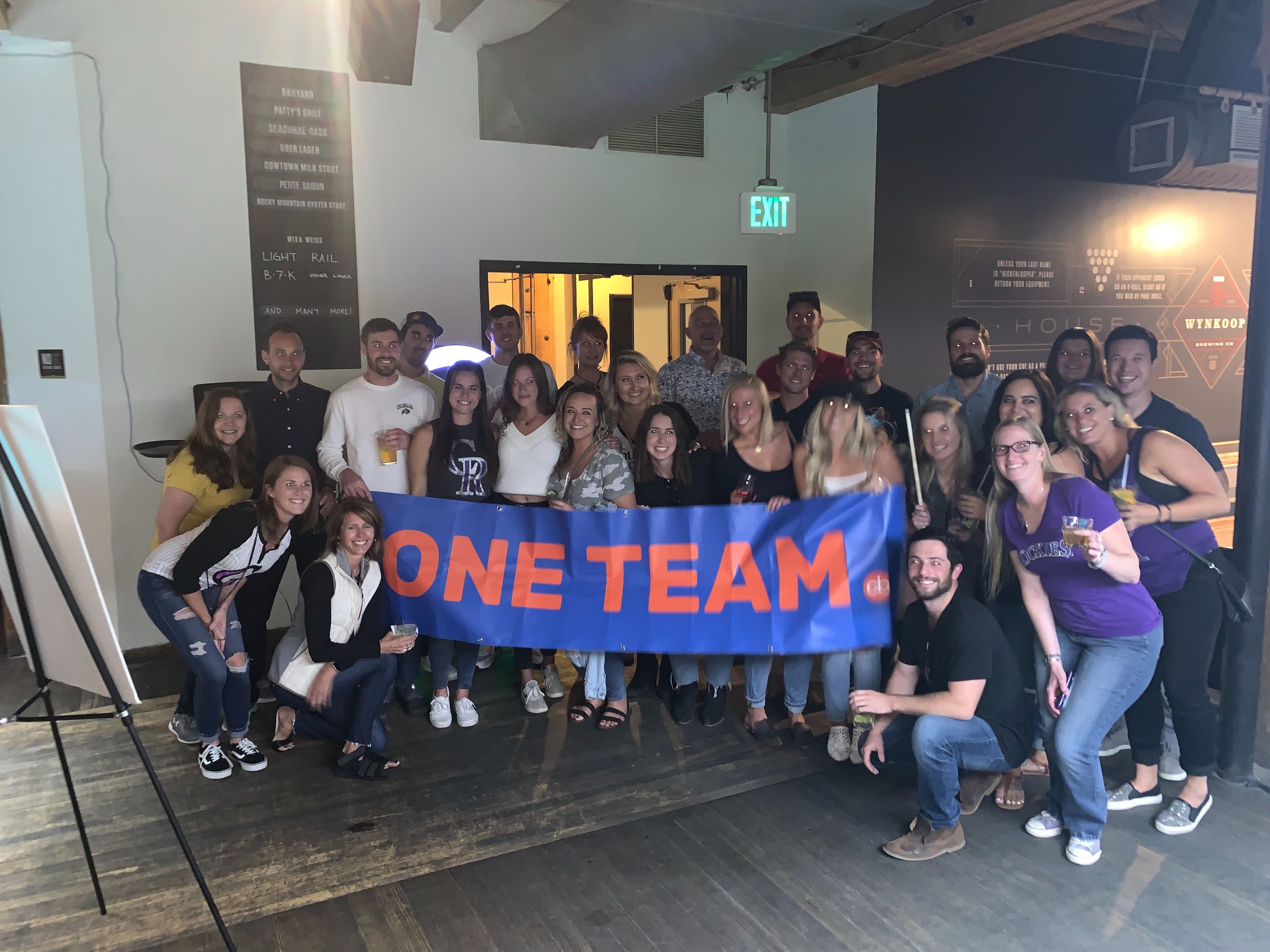 In May, the Denver team and their plus ones took an overnight trip to the mountains at Beaver Creek. Greeted with a happy hour and appetizers for mingling, everyone settled into their rooms and relaxed with a dip under the stars in the hot tubs. The team woke up to brunch the following morning and then spent the rest of the day hiking and exploring the mountains.

As summer came to a close, the traditions continued with the team’s annual Rockies game. The evening kicked off with happy hour at Wynkoop Brewery where the team enjoyed brews and apps. Everyone had a great time at the ball game and wrapped the evening up with fireworks on the field. 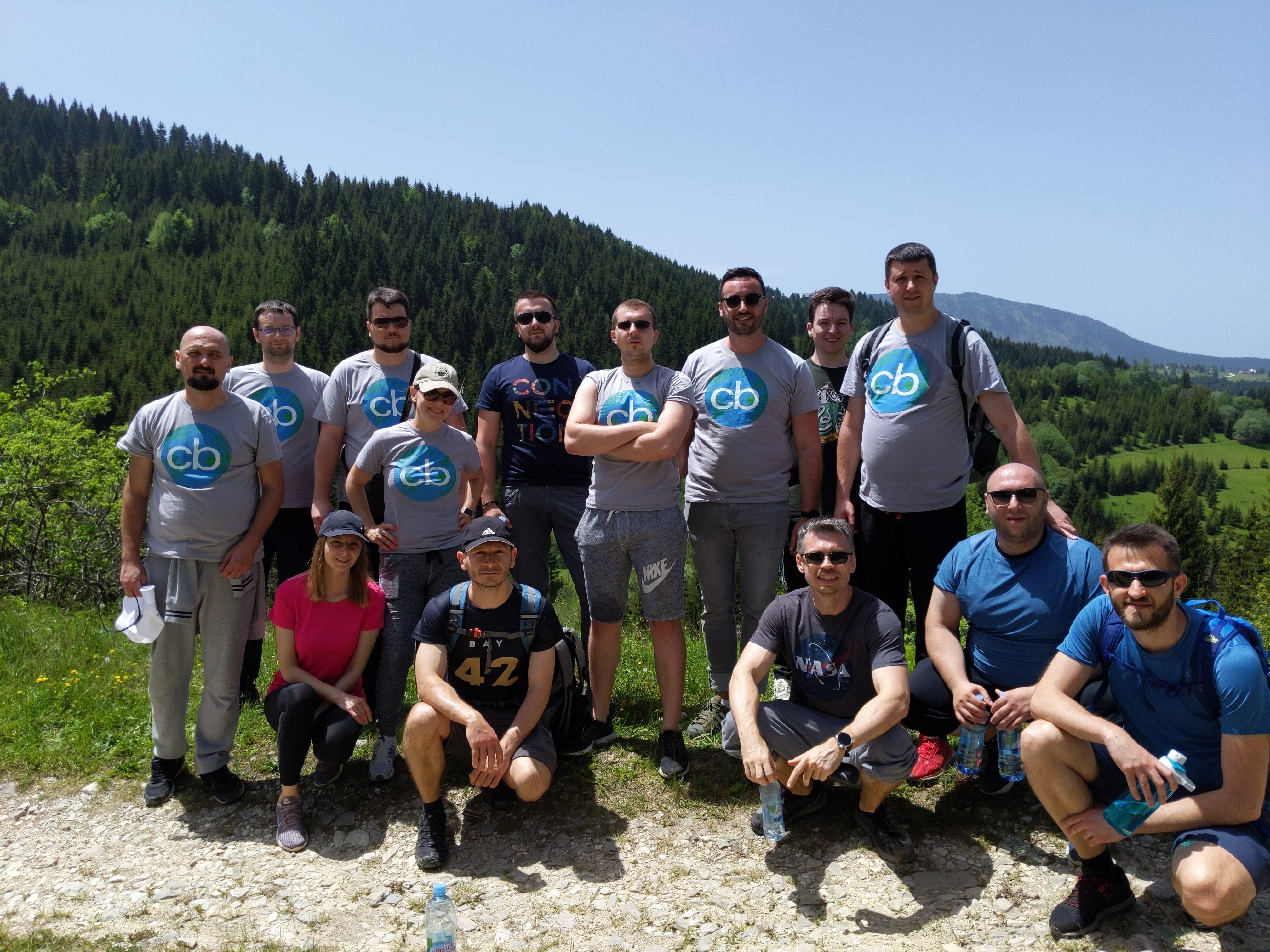 In June, the Banja Luka team went on a weekend retreat to The Vlašić mountains in the Dinaric region of Bosnia. The team spent the day playing paintball and zip-lining. In the evening, the team cooled down with a pool party! It was a great weekend in the mountains team building and enjoying the beauty of Bosnia.

In October, our team traveled to Mlinkska Rijeka, just outside Banja Luka and played truth & lie, blind drawing, and moral dilemma. We learned more about our team members and ourselves, how to increase active listening and how to improve on verbal and non-verbal communication.

Each year, all CB divisions volunteer with local non-profits in the communities that we live and work in. Clickbooth is happy to have helped our non-profit partners in 2019. 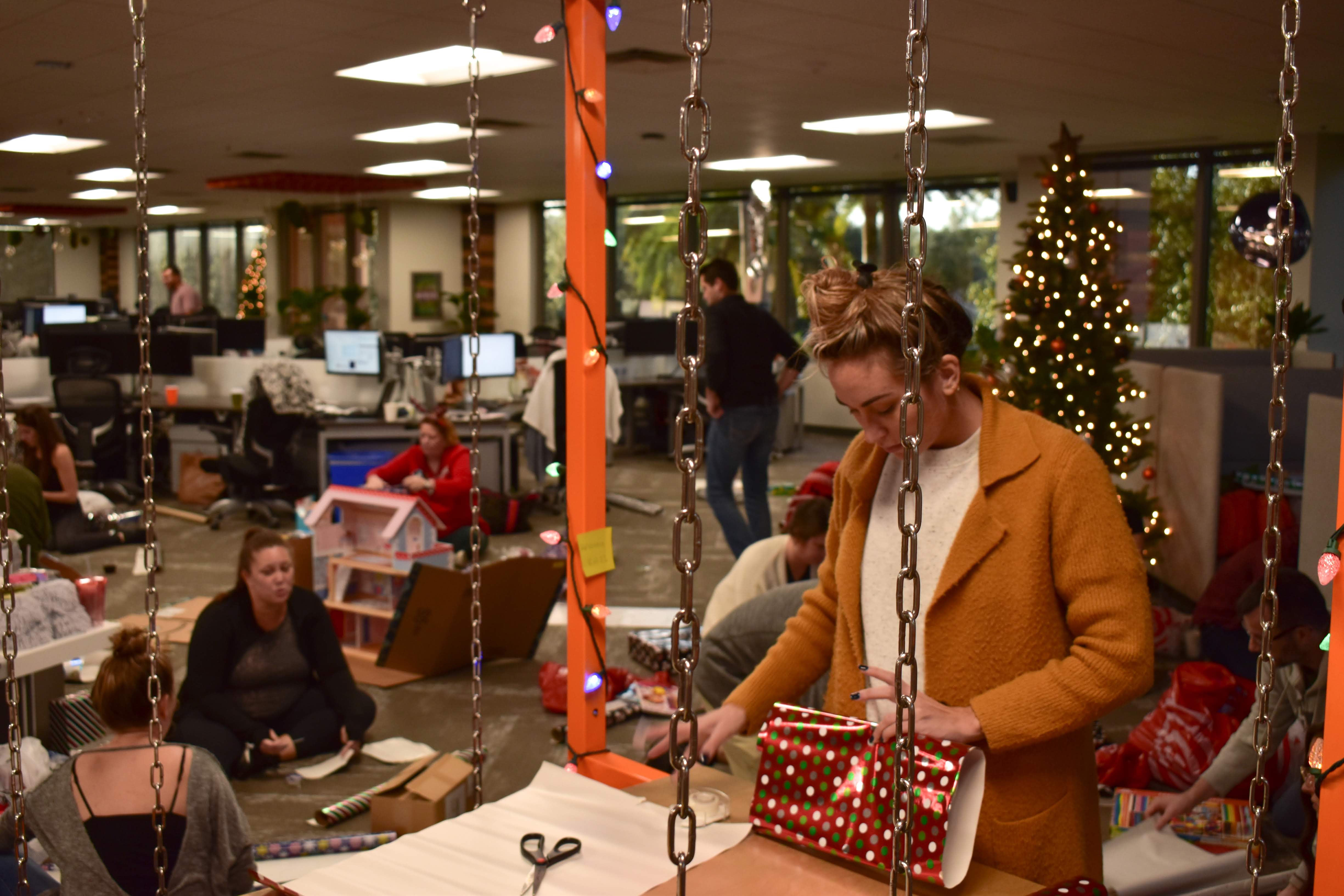 Throughout the year, our team supported different organizations such as Girls Inc. and United Way. The team also participated in fundraisers for causes such as Socktober and Mayors Feed the Hungry, in addition to collecting items like school supplies, clothing, and canned goods for local drives. Last year also marked the 10th-anniversary of our Guardian Ad Litem toy wrapping party, where the team comes together to wrap toys they’ve purchased for local children in need. It’s the highlight of the holiday season for our employees! 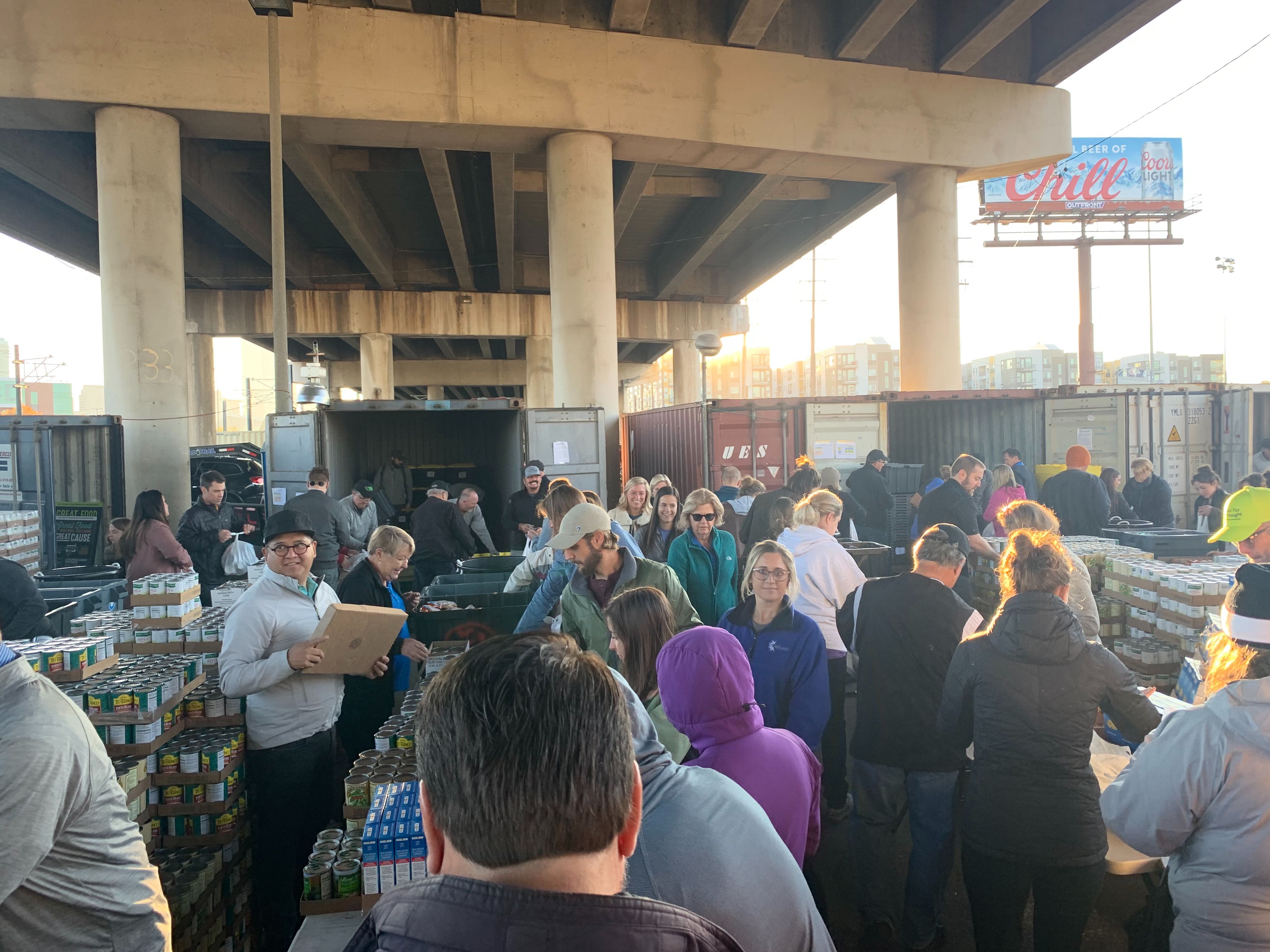 In October, our team helped to pack bags for Food for Thought, a non-profit for underprivileged kids in Denver Public Schools. The kits included non-perishable food items and toiletries. As we moved into November, the team donated 11 Thanksgiving meal kits to Bridging the Gap; these baskets enabled 11 families of local at-risk youth to cook and enjoy a hot Thanksgiving meal together. Several team members also volunteered with the same organization to serve a Thanksgiving dinner to families in need. In December, the team held a grocery store gift card drive for FACE, a program benefitting low-income families within Denver Public Schools, and raised nearly $2,000 for families to buy groceries.

In December, our Bosnian team held a fundraiser for a local public kitchen that is widely used throughout the community. In years past, the team collected and donated groceries for the kitchen. However, this year the team partnered with local businesses to donate both in food and financially.

Last but not least, the Clickbooth annual Holiday Parties from around the globe! Take a peek at how each of our offices celebrated in style! 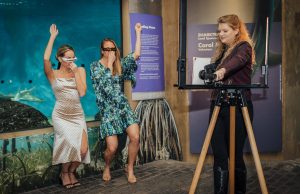 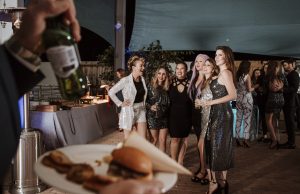 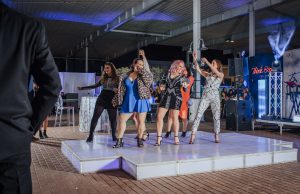 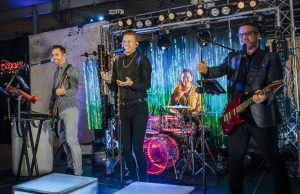 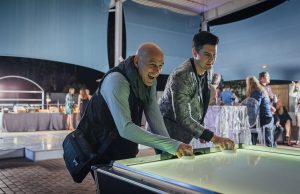